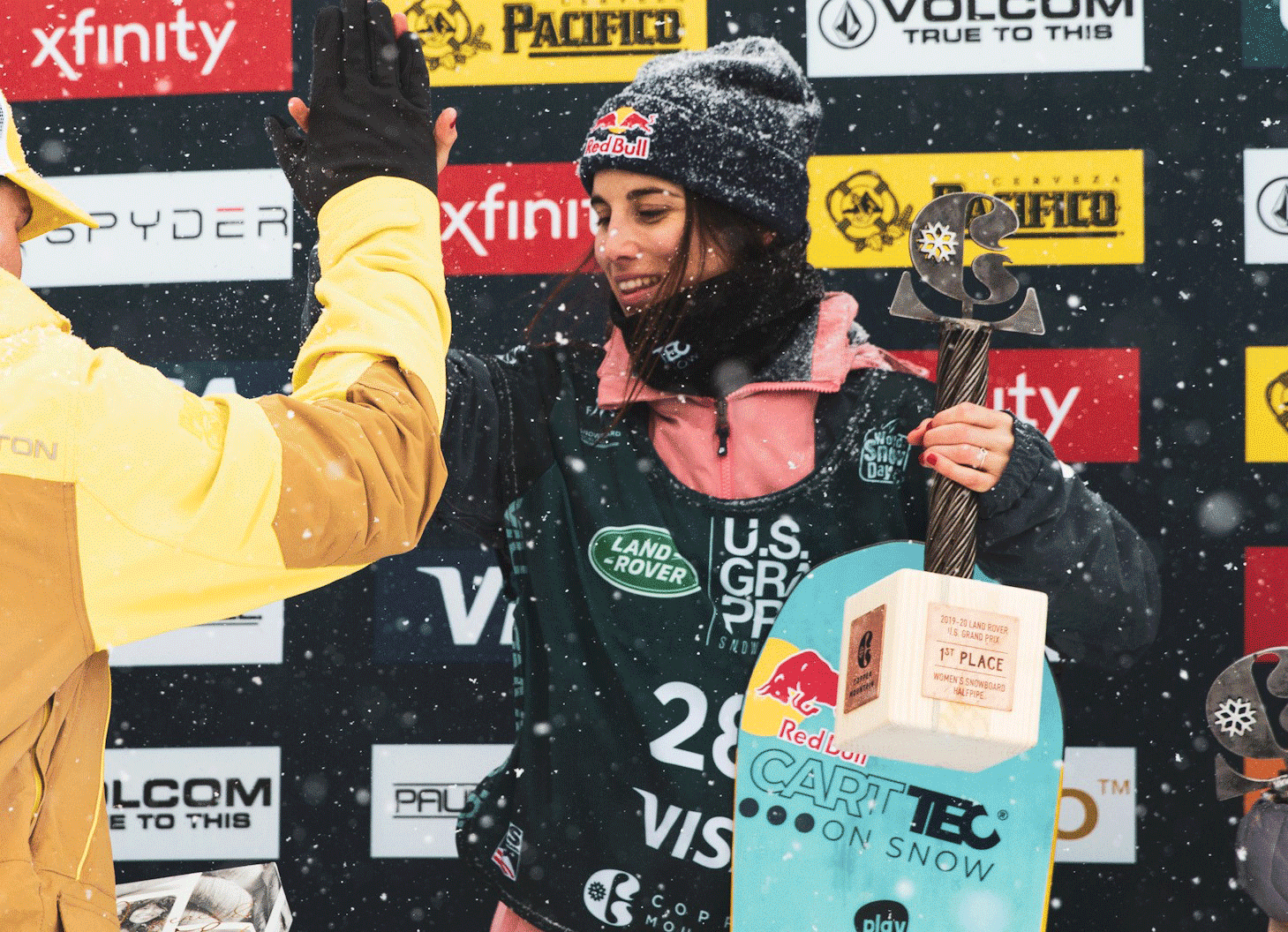 At Carttec, we support talent and that’s why we sponsor Queralt Castellet, current snowboarding world runner-up.

Queralt Castellet is an example of persistence, commitment and daily work. Values that we share at Carttec and, for that reason, we like to support them. That, in addition to her undoubted talent, make her a figure with a great international potential.

Her next big challenge is to get the coveted Crystal Globe, in addition to the one of participating in her fifth Winter Olympic Games in Beijing 2022, “it is something I am 100% focused on”, assures Queralt.

To her competitions’ calendar, she has finally been able to add her participation in the World Cup FIS. “I am very happy and grateful that we have been able to find a way for me to enter the World Cup, for me it is a very, very important circuit”, she says.

This season looks really exciting for Queralt Castellet, and at Carttec we want to make our small contribution to her success.