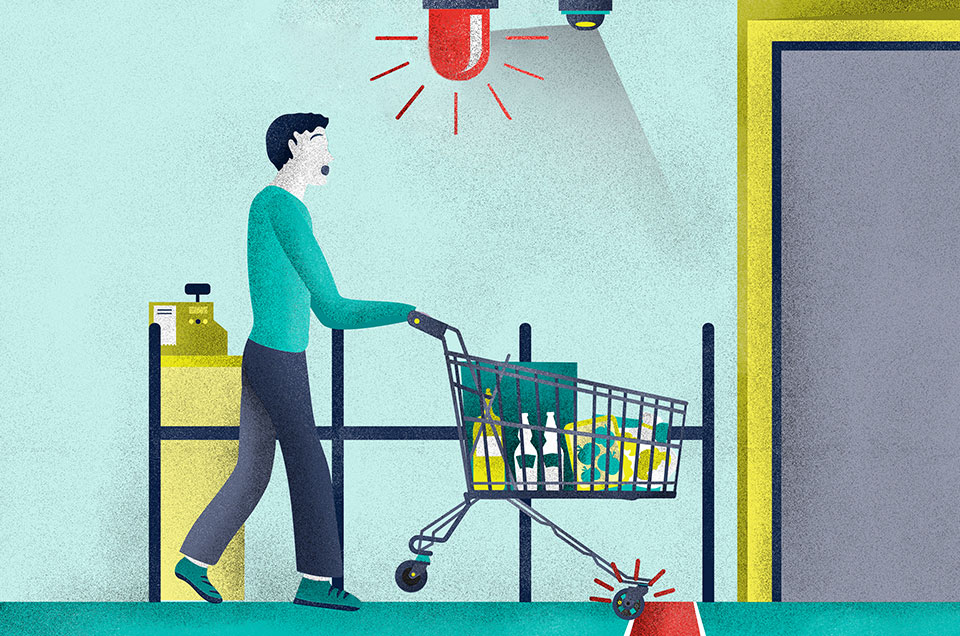 The study by Emeritus Professor Adrian Beck of the University of Leicester offers a unique perspective, not only on the scale and scope of the problem, but also the analysis behind an intervention focused on preventing supermarket trolley theft using technology that locks the wheels of trolleys that attempt to leave the shop without having gone through the checkout. The Purchek system.

The study was carried out across 2,000 stores belonging to 2 UK supermarket chains, with 239 of those stores having their trolleys protected. The supermarket chains have a combined turnover of more than 59 billion euros.

The main conclusions of the study:

Theft by shopping trolley accounts for approximately 4% of all shrinkage.

Only 21% of intercepted thieves actually ended up paying for the product.

10% of thieves acted as a team. The amount of theft in this case is more than double the average.

When the shopping trolley was locked, only 3% of the 900 recorded attempted thefts required police intervention. The nature of the system means that confrontation with potential thieves is avoided.

The perpetrator was a known offender in only 1% of incidents.

After three weeks, the deterrent effect of trolley locking is evident. On average, the number and value of incidents of theft decreased by 49% and 47% respectively after this three-week period.

Overall, the study concludes that the threat of shopping trolley theft is both real and significant. Furthermore, the evidence provided in this report suggests that the use of Purchek wheel locking technology has a very positive impact on this type of crime, offering an attractive return on investment for retailers investing in this system.

Finally, it should be noted that Spain leads Europe in the rankings of shrinkage with double that found in the United Kingdom.