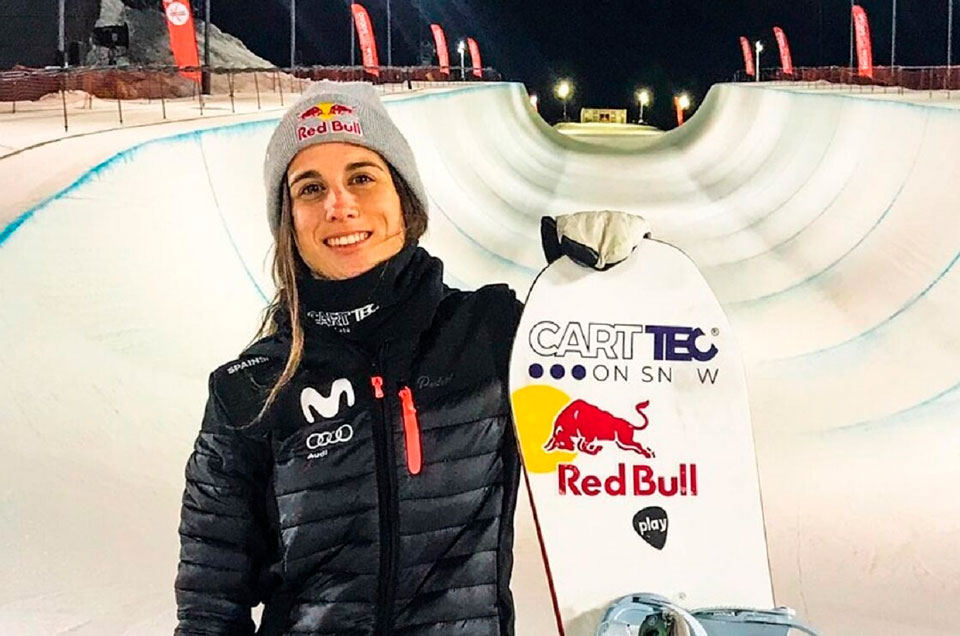 Less than 2 weeks before the Beijing Olympics, Queralt Castellet wins silver in the first round of X Games Aspen.

The top talent from Sabadell is having an excellent season and is in impressive shape, ready to enjoy her fifth Olympic Games.  She has made the podium in every event she has competed in, winning two bronzes at the Copper Mountain and Laax Open World Cups and silver at the Dew Tour SuperPipe. She won her latest silver medal at X Games Aspen, with a spectacular Switch Bs 5, Cab 7, Fr 9, Bs 9 and Fs 7 in the first round. (video).

X Games Aspen is a night competition in Jam Session format that Queralt knows very well. She won silver back in 2019 and in 2020 she won a historic gold, as the first and only Spaniard to take home this medal at the Winter X Games.

“It’s very exciting to have been able to take the silver tonight at X Games Aspen. It’s the most important competition in action sports and it was very important for me to be here today,” she says excitedly. “The truth is that I’ve worked very hard over the preseason and I’m very happy that it’s being reflected in my results. I feel very strong and motivated and this season’s medals are definitely a shot of adrenaline for the big event next month,” she concludes.

Castellet is a global reference in halfpipe at the international level. She is one of the great medal aspirations for the Spanish delegation in these Olympic Games, and this has been recognised by the Spanish Olympic Committee, which has awarded her the role of flag bearer in the opening ceremony of the upcoming Beijing 2022 Olympic Winter Games, together with Ander Mirambel, pioneer of the skeleton in Spain.

“I’m very excited because I didn’t expect it, especially after being the flag bearer in Vancouver. It’s an incredible surprise. It’s an honour to carry the flag with Ander and I’m looking forward to being there,” said the Spanish snowboarder in statements to the Spanish Olympic Committee.

At Carttec, we want to share how excited we are to see Queralt at the top of her game. Her perseverance, effort and creativity in the competition, together with her great individual qualities, make us proud of our collaboration.

We’re right behind you, Queralt!