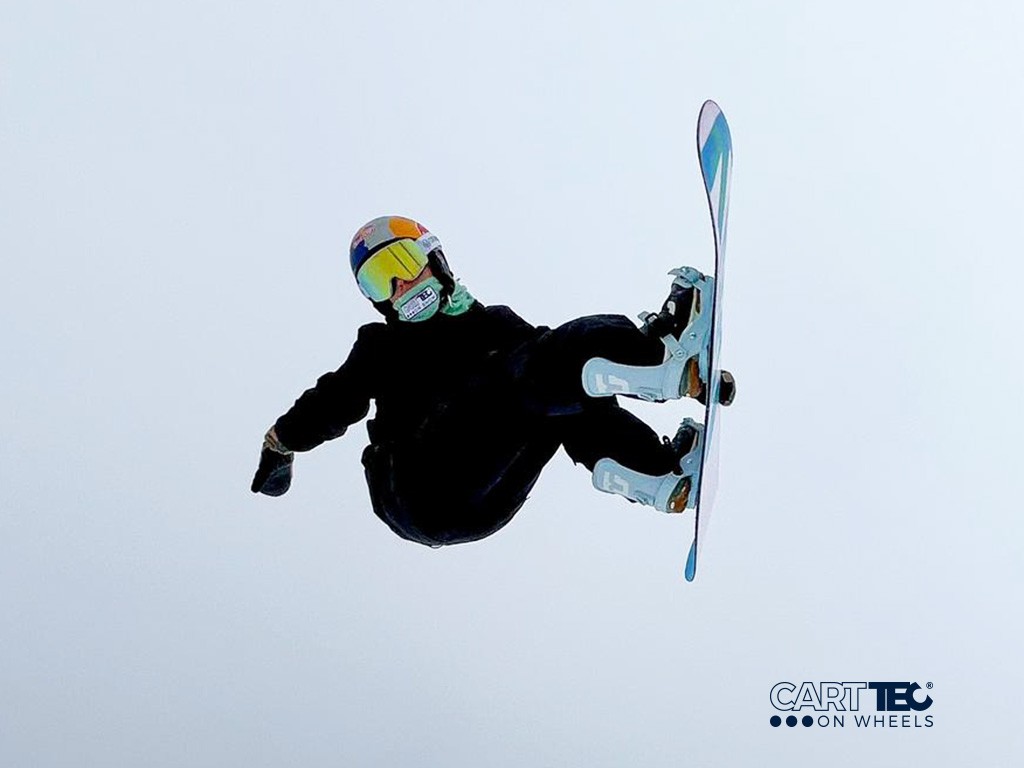 Carttec supports young talent in sports by sponsoring Queralt Castellet, our two-time world runner-up in 2015 and 2022.

Queralt means ‘high rock’ in Catalan and seems an almost prescient choice of name by her parents, who could never have foreseen the sporting heights to which their daughter would one day soar.

Perseverance, effort and passion are the three keys for snowboarder Queralt Castellet. Three values that she shares with Carttec, values that are the pillars for seeking and achieving excellence.

A new season will soon begin, and with competitions just around the corner the Spanish champion’s emotions are running high. Maximum concentration in the face of opponents who are increasingly better prepared and harder to beat.

The snowboarding elite is mobilising and alongside it, for another year running, Carttec continues to encourage Queralt’s resolute determination to stand atop the podium once more.

The season will start with the World Cup Cooper Mountain and we here at the company wish Queralt the best, knowing that she’s as well-placed as anyone to overcome new challenges and add new medals to her already long list.

Carttec, innovating for the future, revolutionising the present.