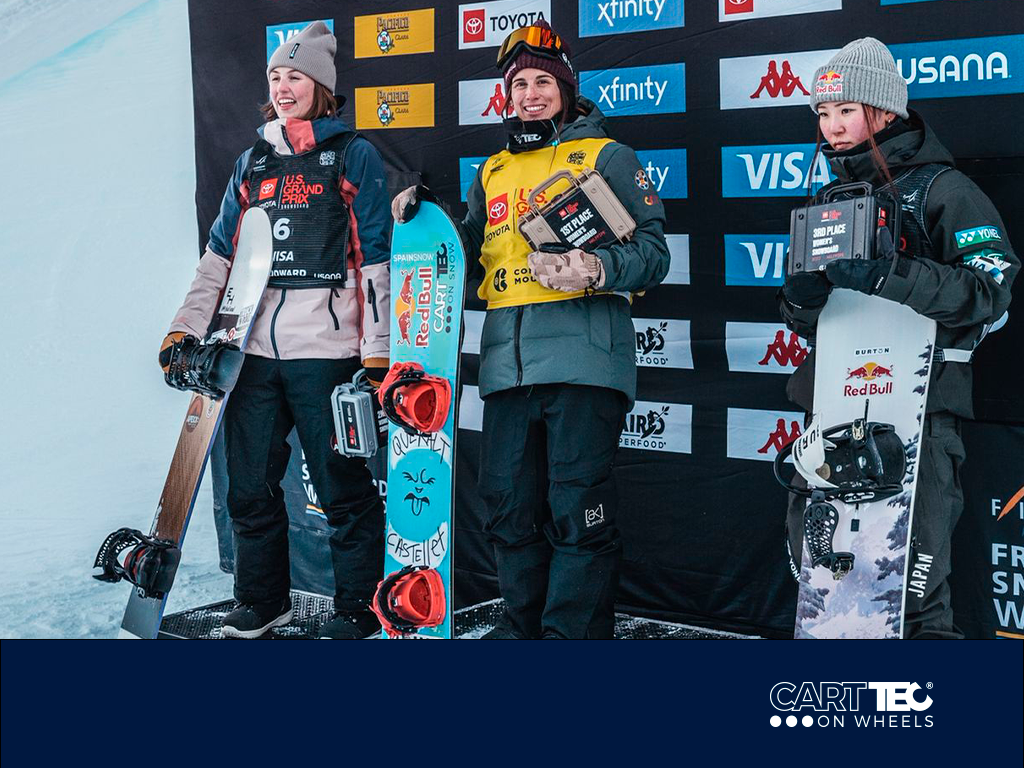 Queralt Castellet, a 33-year-old Spanish snowboarder, or ‘rider’, opens the season with a gold medal at Cooper Mountain on 16 December 2022 in Colorado, USA.

She scored 89.75 in the first round, followed by a score of 66.25 in the second; the first performance hard to beat.

Some of the tricks she performed during the competition were a switch backside 5, switch frontside 7, frontside 5 with a lot of air, backside 9 and frontside 7 to finish.

During her championship she rubbed shoulders with the best snowboarders, including Canada’s Elizabeth Hosking with 88.75 points, second on the podium, and third place going to Japan’s Mitsuki Ono with 95 points.

After her victory, Queralt Castellet says that she has been very cold, and although she would like to have had a more solid result in the following rounds, the result of the first round gave her a lot of leeway in getting to the podium. This victory has now given her a lot of confidence for the rest of the season.

See you in the next competitions. Go for it Queralt!

Carttec: innovating for the future, revolutionising the present.